You are here:
Ensemble 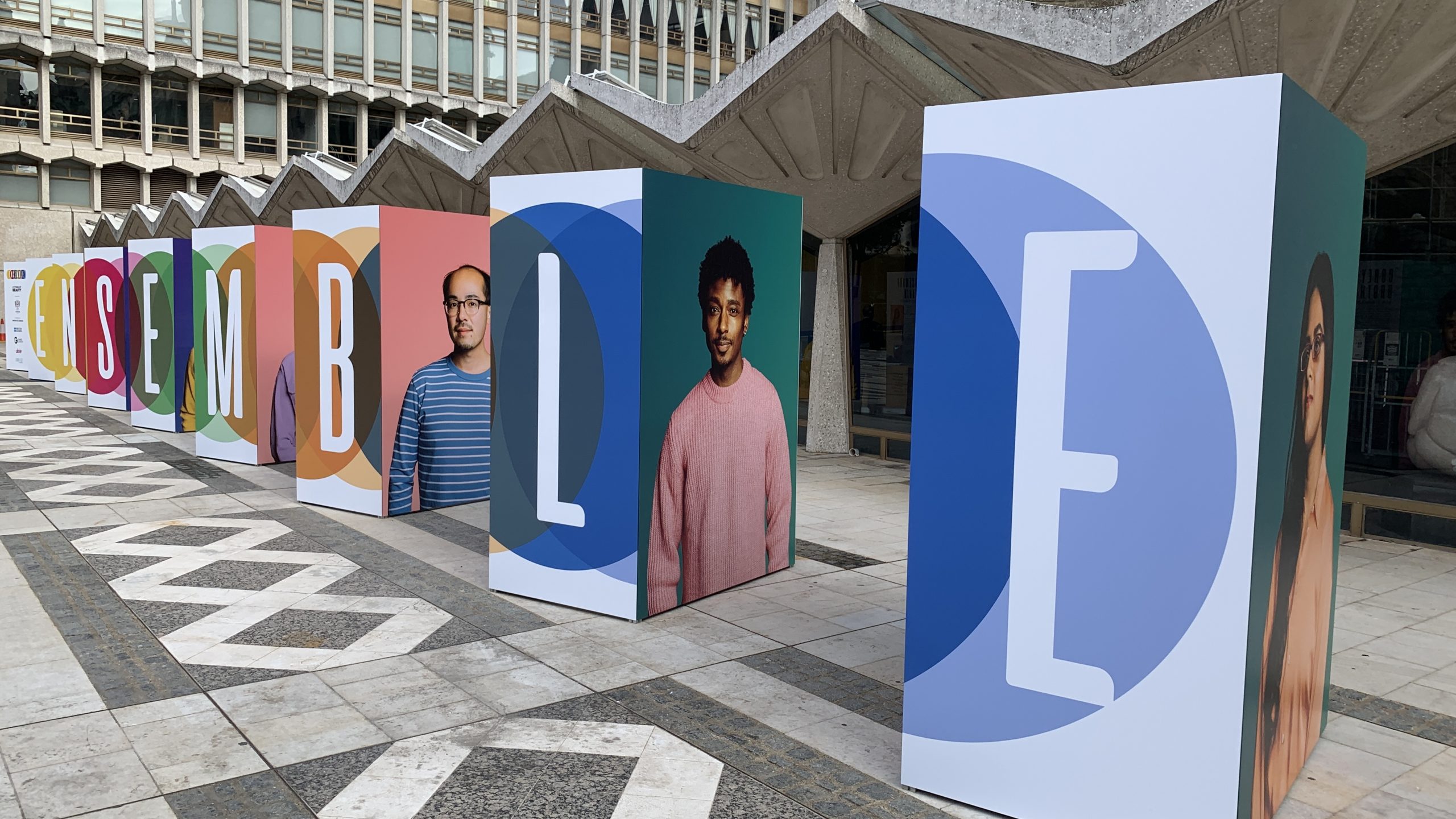 The acclaimed Ensemble exhibition – which every year focuses on Black, Asian and minority ethnic video games developers and creators – has returned as a physical exhibition, this time as a month-long outdoor experience.

Since 2018 Ensemble has focused on the increasingly important role diverse voices play in the video games industry. The new exhibition debuted on 27th July at Guildhall Yard and is open to the public. It moves to Aldgate Square on 9th August where it will be open until the end of the month.

While the latest cohort was announced last year and featured across London Games Festival programming, this previously postponed physical exhibition is the first chance the public has had to find out more about these creators’ work and careers – and be reminded of the crucial role they have played in building the modern games industry.

For more information head to www.games.london/ensemble

Games London is a groundbreaking programme delivered by Film London, the capital’s screen industries agency, and UK games industry trade body Ukie. The project is backed by the Mayor of London and its programme includes a number of initiatives to make London the games capital of the world. This includes the re-established London Games Festival, inbound and outbound trade missions, environmental sustainability workshops and delivering the UK’s only accelerator programme for new games businesses.

ABOUT A THING OF BEAUTY

Beauty. Love. Truth. Commemorating 200 years since the death of poet John Keats, the City of London Corporation’s outdoor arts programme, A Thing of Beauty, explores these recurring themes in his work through the lens of art, nature and relationships and addressing themes of diversity, the environment and sustainability. Throughout the summer and autumn, many free outdoor performances and events, on street exhibitions, walks and tours, music and installations will pop up at various locations in the City of London to wow and inspire visitors to the Square Mile.